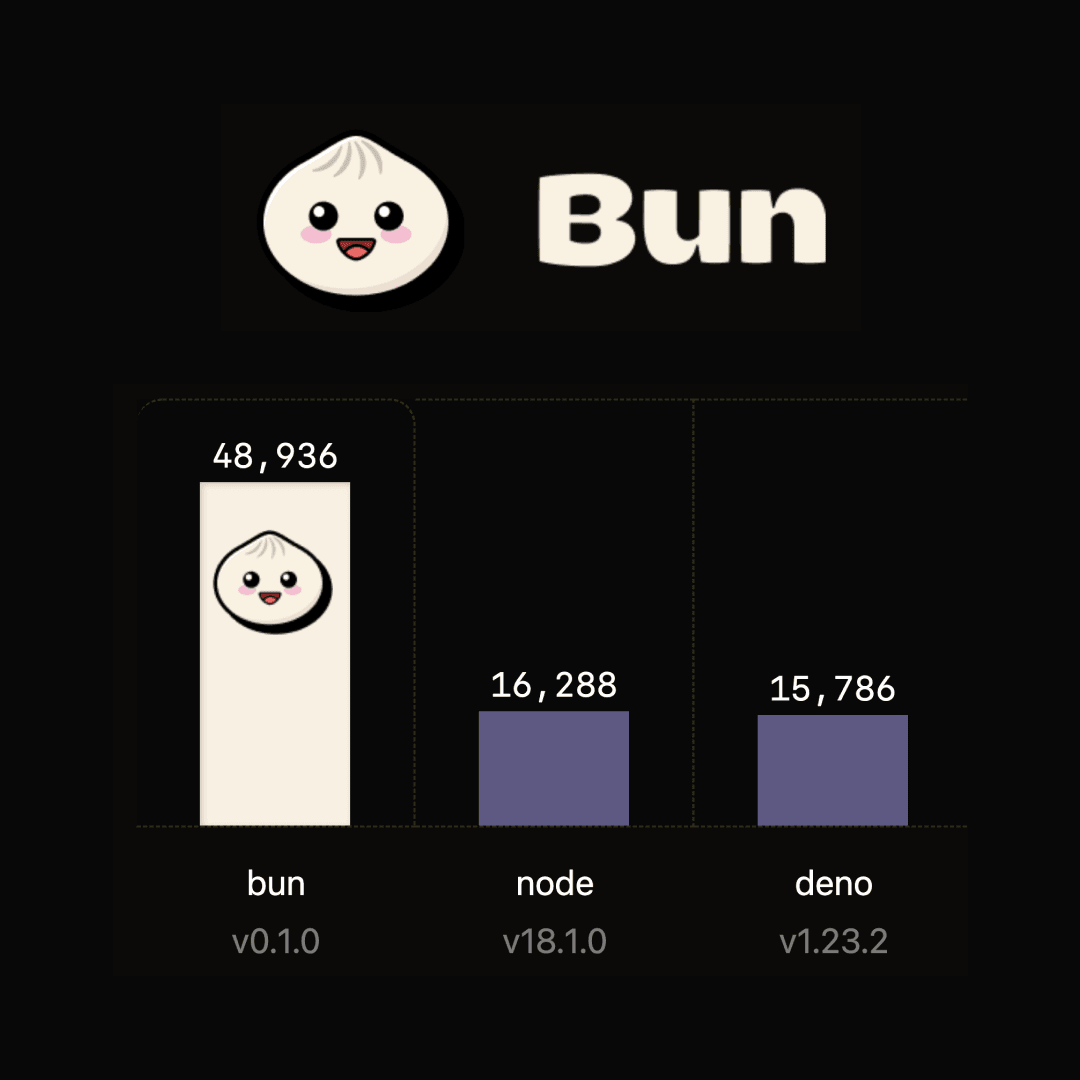 "Bun", a brand new Javascript execution environment, announced its first beta version four days ago, claiming that it is much faster than Node and Deno, not only by a little bit, but by several orders of magnitude faster! On Bun's official website, It can be seen that the speed test done by the author is overwhelming in the number of HTTP requests per second under React server-side rendering (SSR). Bun is as high as 48,936 times per second, Node only has 16,288 times, and Bun is nearly three times faster. 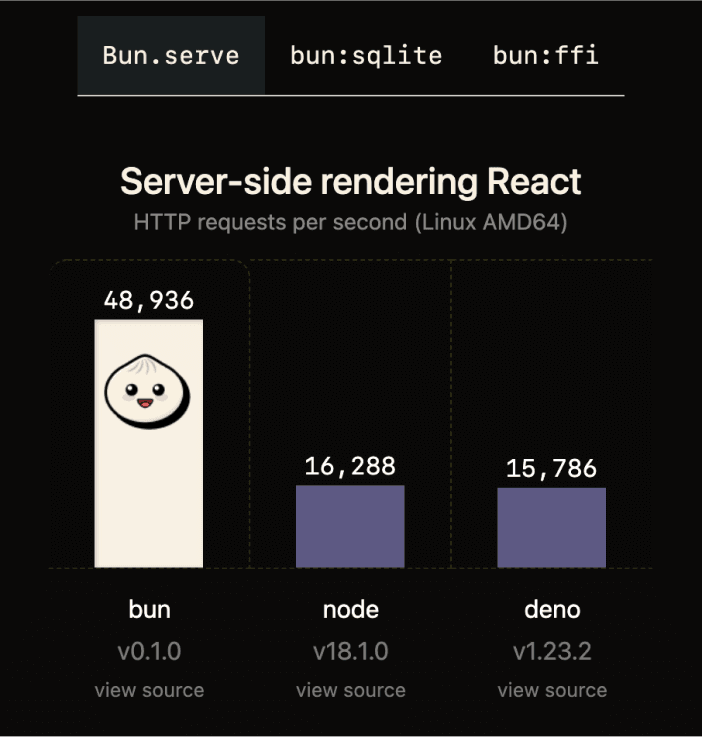 Unlike Node and Deno, it doesn't use the V8 engine, but the WebKit JavaScript Core engine, which is claimed to be "a bit faster than traditional options like V8." Another difference is that Bun is written in Zig, a compiled systems programming language similar to C or Rust, and Bun's creators say that Zig's lack of hidden control flow makes it easier to write faster software.

Bun supports Node.js module resolution, including CommonJS and EcmaScript modules. This means that many npm packages can be used in the bun execution environment. 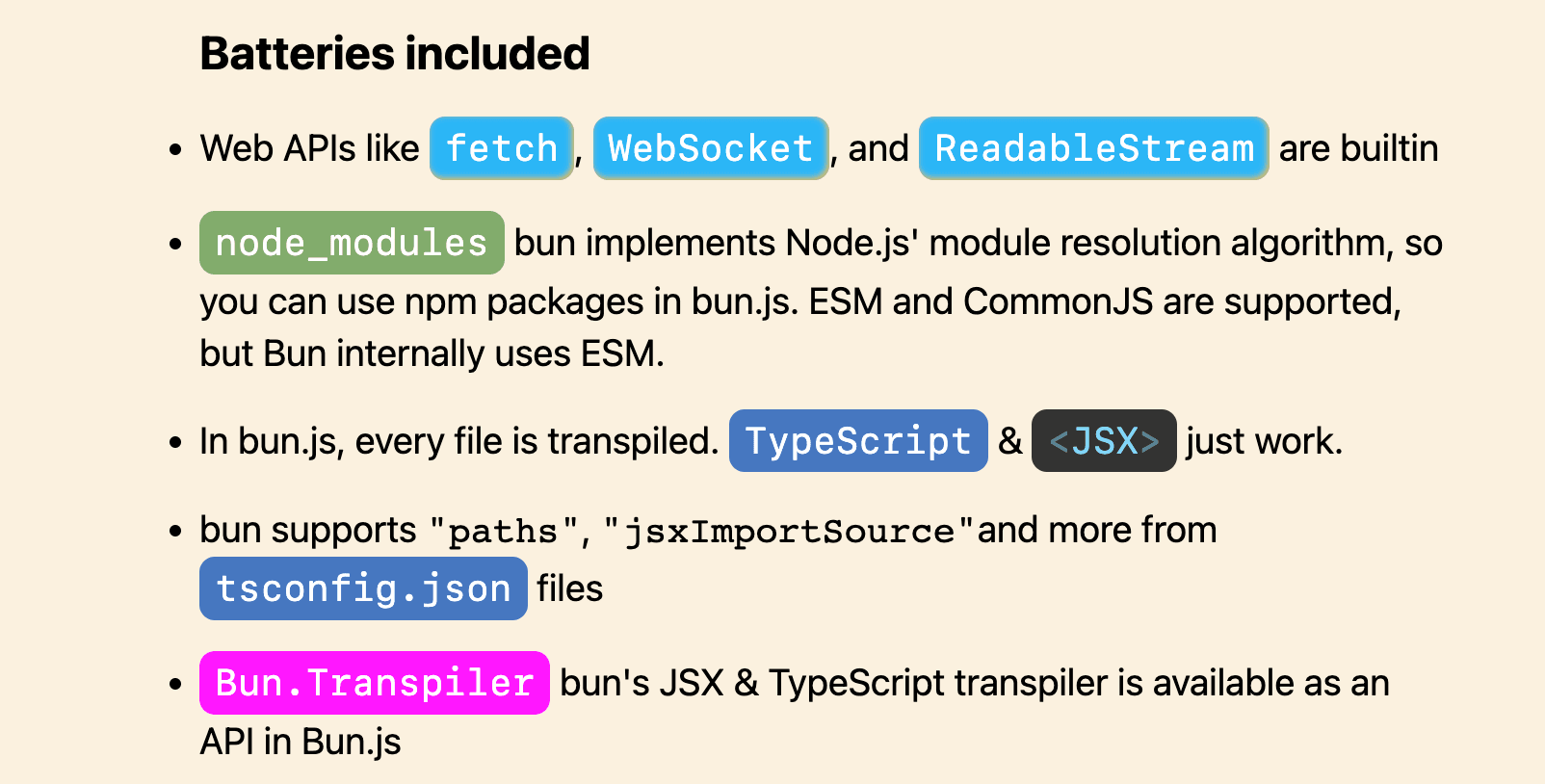